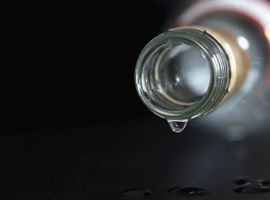 We do this in cooperation with local and national partners. Our focus is on implementing up-to-date, objective knowledge to promote health, safety and well-being.

In July we published our Dutch-language report Youth and Risk Behaviour 2015: Key Data from the Sentinel Survey of Dutch Youth. It noted a sharp decline in the use of alcohol, tobacco and cannabis by 16-year-olds.

Its analysis of substance use by youth aged 16 to 18 attending vocational or professional training schools or colleges (MBO and HBO levels) found higher rates of alcohol use by the professional training students and higher rates of tobacco smoking by the vocational students. When the Dutch minimum age limit for the sale of alcohol was raised to 18 as from 2014, fears were expressed that more young people would start taking illicit drugs. An exploratory study of 16- and 17-year-olds in 2016 found no evidence for that.

Data from the Health Survey / Lifestyle Monitor, published by Statistics Netherlands (CBS), the National Institute for Public Health and the Environment (RIVM) and the Trimbos Institute, revealed that the more highly educated alcohol users above age 65 are the most likely group to qualify as excessive drinkers.

More about alcohol and older people

As the actual prevalence of problem drinking amongst older people is still not clear, we began an investigation of the nature and scale of alcohol use in the 55-plus age group, commissioned by the Dutch Ministry of Health. At the nationwide Alcohol and Drugs Conference held in March, we explained and elaborated on the new alcohol guidelines set out by the Health Council of the Netherlands in 2015. 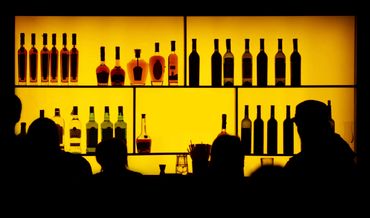 In cooperation with the National Institute for Public Health and the Environment (RIVM), Maastricht University and the research company Ecorys, the Trimbos Institute conducted a social cost-benefit analysis (SCBA) to calculate the financial effects of policy measures aimed at curbing alcohol use.

It expressed in monetary values the effects of an excise duty hike, curtailment of the number of alcohol sales outlets and a ban on advertising. The report was submitted to the Dutch Parliament on 3 October.

Recent statistics from the European School Survey Project on Alcohol and Other Drugs (ESPAD), the largest international survey of youth substance use, showed a continued decline in alcohol use by Dutch youth aged 15 and 16. Binge drinking remained alarmingly high. The Trimbos Institute carries out the Dutch part of ESPAD. Another international report from the Health Behaviour in School-Aged Children (HBSC) survey, whose Dutch component is conducted by the Trimbos Institute in collaboration with Utrecht University and the Netherlands Institute for Social Research (SCP), was also published, containing statistics on alcohol and drug use by adolescents in 2013.

Starting in 2016, the Trimbos Institute will coordinate the STAD in Europe project (SiE) for three years. It is a clinically and cost-effective programme originating in Sweden that has been successful in curtailing episodic drinking by young people. We are evaluating how the effective elements of STAD could be put to work in other regions and other settings. The STAD in Europe project is financed by the European Commission under the Third Health Program. Elements from the programme are undergoing adaptation to create practical, region-specific plans of action in seven European pilot regions.

As alcohol is increasingly served in unlicensed locations such as boutiques or hairdressers, the lines are becoming blurred between licensed and non-licensed establishments. Following up on earlier research by the Ecorys company, we examined experiences with the bending of such restrictions in other European countries, at the request of the Dutch Ministry of Health.

A challenging issue about alcohol?