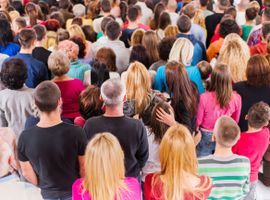 It makes available innovative, clinically and cost-effective resources to promote positive mental health and the prevention of mental illness and addiction. It also introduces and helps to implement those resources in mental health practice.

Local authorities, schools and network partners in the social welfare domain, in collaboration with the Trimbos Institute, launched a unique, integrated strategy called Storm Zuid Oost aimed at reducing the number of suicides by young people in the Helmond-Peel region. The move was prompted by a nationwide increase in suicide rates and the recent impact of a number of suicides in the region. Working with the digital games firm IJsfontein and the suicide prevention agency 113Online, the Trimbos Institute began developing a validated prototype of the Moving Stories game. The purpose is to facilitate discussion by adolescents and schoolteachers about the complex issue of suicide. The game is still in development.

Coping with Depression, the nationwide campaign

The nationwide Coping with Depression campaign was opened on 26 September 2016. The aim of this initiative from the Ministry of Health and the Mental Health Foundation is to encourage discussion about depression, to provide information, support and care, and to overcome stigmas. The Trimbos Institute created a listing of self-help resources for combating depression as well as an infographic summarising facts and figures.

As part of the campaign, three new online symptom-focused training interventions were also made available free of charge by the Trimbos Institute. They are designed to alleviate problems with sleep, stress and worrying. From late September 2016 to mid-January 2017, as many as 2029 people expressed interest in the interventions, and 1537 of them began work on one of the online courses.

At the request of the Health Ministry, and in close cooperation with the Association of Netherlands Municipalities (VNG), we launched a nationwide project in August for children of parents with mental illness (COPMI) and children of addicted parents (COAP). Known in Dutch as the KOPP/KVO Project, it visited various regions of the country to map the ways in which services for such children are shared between agencies, to identify constraints in collaboration and to evaluate the accessibility of the services. The ultimate goal was to optimise the preventative support services and care for the children. A resource guide was published on completion of the project.
www.koppkvo.nl

Visit from the Duchess of Cambridge

The Trimbos Institute also took part in the learning exchange seminar convened by the Duchess of Cambridge in The Hague on 12 October 2016, which also focused on COPMI and COAP children. Rutger Engels, chair of the Trimbos Institute, emphasised the importance of the fact that the duchess used her first official visit to the Netherlands to help raise awareness for this vulnerable group of children. 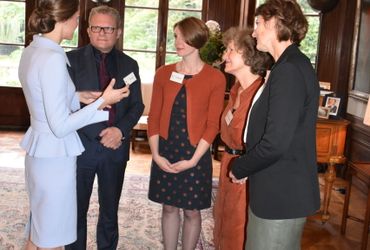 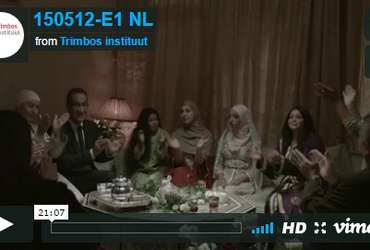 Health care professionals in the Netherlands often fail to recognise psychological symptoms in people with non-Western backgrounds. These may be difficult to discuss. In cooperation with the mental health service Indigo, we made films and a website to facilitate such conversations. They also give advice on dealing with low spirits, depression and bereavement.

Employee sickness absence due to depression and anxiety can be effectively reduced by the blended e-health programme Return@Work. Research showed that Return@Work resulted in earlier work resumption and higher rates of symptom remission nine months after the start of the intervention.

Worldwide investment in the treatment of depression and anxiety disorders pays off. An article published in The Lancet Psychiatry on 12 April 2016 by authors including Trimbos researcher Filip Smit argued that every euro invested yields a 4-euro gain. Smit also presented the findings at the April meeting of the World Bank in Washington.

Our researcher Laura Shields spoke on depression and anxiety prevention. 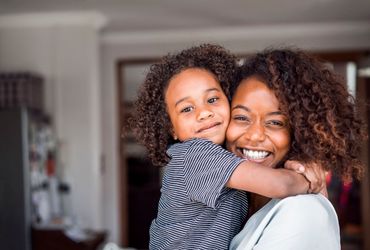