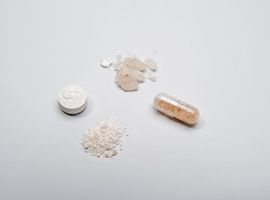 We develop, implement and disseminate knowledge and expertise about drug use and about the prevention of problems that may arise from it

It provides drugs education to the general public and works together with health professionals, scientists and local and national authorities to help reduce the illness and mortality associated with the use of psychoactive substances.

In September we launched an app called Red Alert. It draws on the database of the Drugs Information and Monitoring System (DIMS). Users of nightlife drugs who have installed the app are notified via a push message if exceptionally dangerous ecstasy pills have been spotted on the market.

Ecstasy remains the most popular nightlife drug, according to respondents in the 2016 Comprehensive Nightlife Study published in December. It was based on a sample of 4905 adolescents and young adults aged 15 to 35 who had attended at least one rave, dance event, festival or nightclub in the past year.

One recommendation from our 2016 Dutch-language update report entitled THC, CBD and Health Effects from Hashish and Marijuana is that future research on detrimental or undesirable effects of cannabis use should focus much more strongly on at-risk groups, and in particular on adolescents who begin smoking cannabis at very young ages.

There is still a considerable lack of conclusive evidence about undesirable consequences of cannabis use. A particularly urgent need exists for prospective longitudinal studies in which adolescents undergo neuropsychological and other testing and brain imaging before they have started to take cannabis. That is the only way to establish whether cannabis use is a factor in lasting detrimental health effects such as cognitive deficits, dependency or psychosis.

To support Dutch local officials in regulating events where the use of alcohol or illicit drugs will be an issue, we published an advisory guidebook. It provides background information on measures that can be implemented to ensure compliance with and enforcement of the Alcohol Licensing and Catering Act and the Opium Act, as well as to safeguard against the health and safety risks that can arise from the use or misuse of alcohol and drugs at such events.

Proliferation and risks of 4-FA

The Trimbos Institute issued a warning in September about the use of the novel psychoactive substance 4-fluoroamphetamine (4-FA, 4-FMP). The use of 4-FA has spread in recent years. The 4-FA high is somewhere between that of ecstasy and speed. Users initially describe 4-FA as ‘ecstasy light’. Serious health risks are associated with 4-FA use, however, including cardiac arrest and brain haemorrhaging.

The Monitoring System for Drug-Related Emergencies (MDI) revealed a sharp increase in the number of health-threatening incidents attributable to 4-FA use within a short period of time. Following a risk assessment by the Coordination Centre for the Assessment and Monitoring of New Drugs (CAM), the Health Ministry has meanwhile classified 4-FA as a scheduled substance.

The Trimbos institute is involved in an European two-year project that investigates effects of new psychoactive substances (NPS), called Predicting Risk of Emerging Drugs with In silico and Clinical Toxicology or PREDICT. In this study, websurveys are conducted to collect subjective adverse effects and controlled studies in human volunteers to collect neurocognitive, subjective, physiological effects as well as metabolomics (i.e. determination of chemical drug/metabolite fingerprints in urine) of NPS. Metabolomic profiles of 25 NPS in animal models will be related to pattern in humans. All the experimental data will be used to develop a novel testing computer model to predict individual health risk of NPS based on chemistry and metabolites in urine.

We began leading a three-year European study on substance use and nightlife entitled ALAMA-Nightlife. It will chart nightlife scenes and the associated alcohol and drug use in five European countries, spotlighting new developments and changes. In addition, it will compare the differential effects of nightlife participation with and without alcohol or drugs.

Our portfolio in English entitled International Projects in the Field of Illicit Drugs catalogues the Trimbos Institute’s international projects over recent years.

A challenging issue about drugs?